Are you interested in Finnish folk music and folk dance, curious to find out more about the kantele, the jouhikko or national costumes in Finland? What on earth is a mänkeri and how many languages is the Finnish national epos Kalevala translated into?

From this link you can find a guidance how to register to the page to add your own news, events and profile to the page.

Folk music and folk dance in Finland embraces a broad spectrum of different music and dance styles. Ancient runo song tradition co-exists with younger pelimanni music traditions. Many regions have their own strong traditions, such as the fiddle playing in the Kaustinen area, the minuet tradition in Ostrobothnia or the Carelian ripaska dance. Many national minorities also have their own traditions, among them the Sámi people, the Roma and the Swedish-speaking minority. The spectrum also covers music and dance of so-called New Finns as well as styles usually filed under the label of world music.

Folk music and folk dance is a popular hobby all over the country and most of the enthusiasts collaborate in different associations. But folk music and folk dance are also professional activities with many people working as for example performers, composers, choreographers and teachers. Folk music can be studied at conservatory and university level (also doctoral studies) while there are possibilities to study folk dance at university of applied sciences.

Where can you experience folk music and folk dance?

Especially during the Summer Finland is a country of festivals, with bigger events in many regions. One of the most famous is Kaustinen Folk Music Festival, but there are many other options as well. During the winter folk music and folk dance can be experienced at different kinds of clubs and there are also many kind of courses available. Outside Finland Finnish folk music and folk dance is performed regularly – especially in the music field many artists are internationally well-known.

Many other activities go hand in hand with folk music and folk dance. National costumes are connected to everything from practical needlework to historical research. To be able to play instruments are needed, and many folk musicians have close relationships with instrument builders.

With the objective of deepening the knowledge of these culture forms and develop the field, investigation is carried out at several Finnish universities in disciplines like folklore studies, musicology, ethnomusicology and dance studies, as well as at the the Sibelius Academy of the University of the Arts Helsinki, where folk music can be studied to doctoral level. Important work in the field of research, archives and publications are also made by the five national music institutes, every one with their own niche, from accordion (Finnish Accordion Institute in Ikaalinen) to music cultures in the world (Global Music Centre in Helsinki). The Finnish Folk Music Institute in Kaustinen is also an important organisation, and there is also an institute focusing on folk music of the Swedish-speaking minority (Finlands svenska folkmusikinstitut in Vaasa). There is also important material concerning folk music and folk dance at several other archives, for example Finnish Literature Society (SKS) in Helsinki 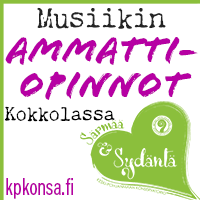